Our second day of our trip was spent in Las Vegas.  We woke up and cooked breakfast, before making the 40 minute drive to the Hoover Dam.  It was 105 degrees.  We made a pit stop on the way at a Scenic Lookout, and Justin spent the entire time organizing his camera lenses, finally ready to see the site as the kids got back into the car.  #overly.

The Hoover Dam was fabulous, and such a great learning experience for the kids.  We stopped first at the bridge for a great view of the Dam and Lake Mead from the front.  I NEVER would have agreed to this venture after later seeing how high this bridge was over the canyon, but I couldn’t tell at the time.  Quinn quickly began referring to the Dam as the “damn dam,” telling us all that he thought it was the “worst walk of his life” (it was 105 degrees after all).  There’s always one kid less than pleased with things, as I have come to know well.

After viewing the Dam from the bridge, we drove to the actual dam.  Turns out when you’re driving in a 33 foot RV, you can’t always park *close to things, so we parked a bit of a trek from the Visitor Center.  We did the hour long “Power Plant Tour,” which I thought was perfect for the kids - plenty of info about the Dam, yet not overly technical.  We saw the inside of the Dam, all of the generators, and spent some time at the Visitor Center.

On our drive back into Vegas, Justin decided he needed to stop at Home Depot for a few things - some parts to fix a drawer that’s been popping open constantly while driving and making Grace crazy, and some parts to install some tether points for somme safety harnesses he’s getting shipped for added seatbelt safety for the kids.  After FIVE trips in and out of Home Depot (while the kids and I played games in the RV), he finally got the right parts, and went to work.  While he worked, I jetted into the next door Walmart for some drinking water.  After emerging with 10 gallons of drinking water and 12 cases of La Croix, my shopping cart locked up on me (*again, you can never park TOO CLOSE in an RV!), and I continued my sprint to the RV with the cart dragging and scraping the ground, to the screams of nearby people telling me that “the cart is locked up!”  NO SHIT.  I arrived at the RV dripping sweat to the belly laughs of our crew.

After Mom-ing and Dad-ing hard with our safety stop, we headed to the Strip.  Justin literally pulled a 3 point turn in the middle of the strip to get us into the ONLY lot in downtown Vegas where you can park an RV.  I almost peed in my pants.

We checked out the action on the strip, had a great early Father’s Day Dinner at Gordon Ramsay’s restaurant at Caesar’s Palace, and showed the kids the casinos.  Upon leaving the restroom at Caesar’s, we spotted Joe Moravsky, one of the kids favorite American Ninja Warriors, who was so sweet and talked to the kids for a bit.

We hit up the Bellagio Fountains, and of course Grace had a million questions about the scantily-clad women plastered all over the billboards and casinos, so that led to some interesting discussions.

We hit up the ANW course, which Joe had told us had just been set up, and had given us the location of.  The kids were mesmerized watching them test the course, and they met a few other ANW contestants while we looked on.  Mind blown.

Kudos to the Oasis RV Park also, our home for two nights.  Vegas, you were so great to us.  Onward to the Grand Canyon! 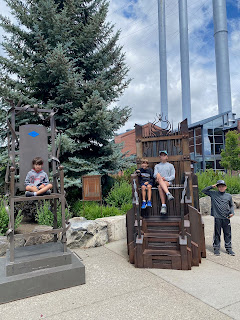 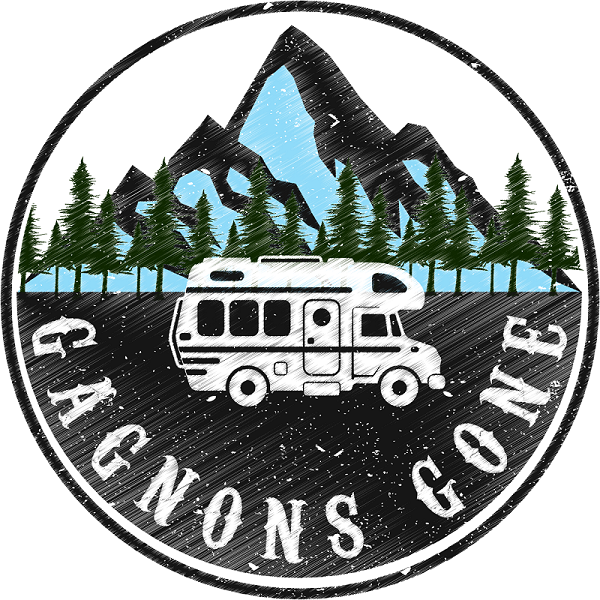 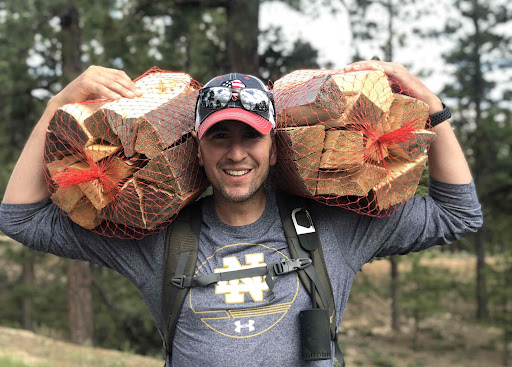 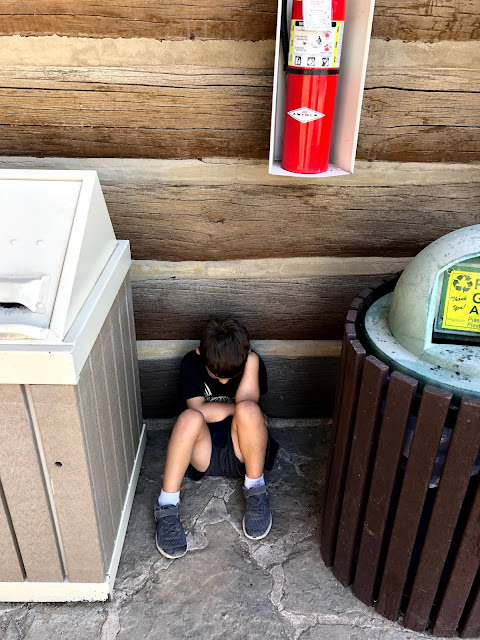